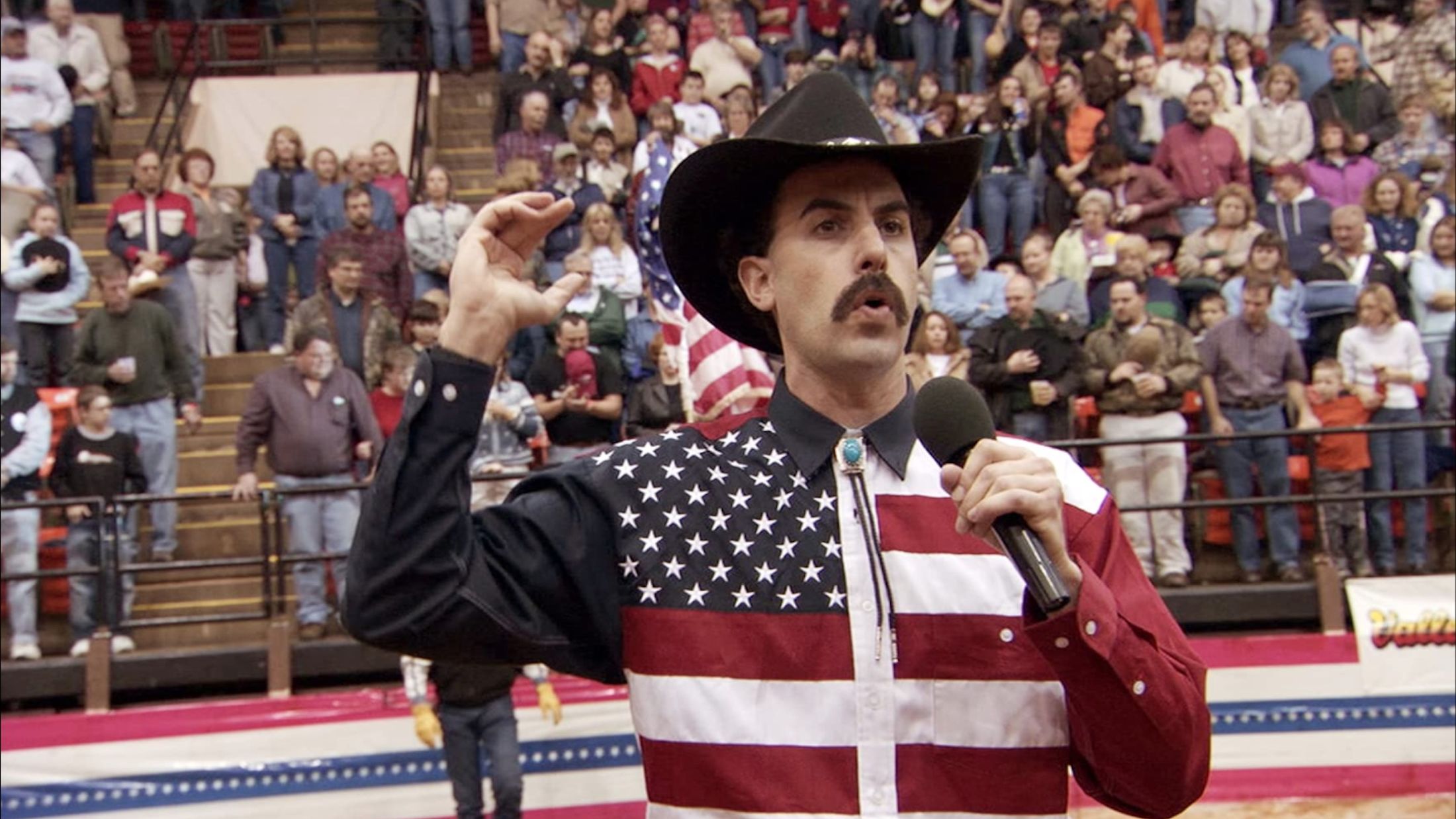 When I sat down to watch Borat I had some fears about the hype surrounding it. It was nominated for an Oscar for Christ’s sake. Once again the hype didn’t end up affecting me, Borat was freaking hilarious!

Sacha Baron Cohen must be some kind of genius. Not only was Borat nominated for an Oscar, but it made over $100 million at the box office and has people raving about it. And there’s a good reason why. Borat is not only gut busting funny but original. Refusing to go the way of recent comedies, Borat does its own warped and funny thing for its “just right” 84 minutes. It never outdoes its welcome and keeps the laughs coming, minute by minute. Right done to its one liners (“If I pay you extra will you put in pussy magnet?”) to its Hilarious yet awkward moments (all about the hotel fight scene-“Eat my Asshole!”-LOL) I also laughed my arse off at Borat’s fear of Jews. I also really grooved to the film’s story. Borat comes to America to learn about our culture and ends up going on a mission to find his new bride, Pamela Anderson. Not much to the story but I dug it. The movie ended up becoming a road trip movie, which I love. I also loved Borat’s transportation, an old ice cream truck and his choice of protection against the Jews, a grizzly bear! This maybe not my favorite comedy of 2006, but it was still pretty damn good.

Sacha Baron Cohen is Borat. This is his character and no one can play it better then him. He made me laugh my arse off. Ken Davitian (Azamat) also had me laughing as Borat’s friend. Pamela Anderson plays herself and looks smoking hot doing it.

Larry Charles’ directing fits the film like a glove. Its nothing overly special but the film doesn’t need stylish directing. Good Show!

I don’t remember a music score but the Kazakhstan music was catchy and damn funny.

For those with a fear of male nudity, you’ll want to avoid certain scenes in Borat. The hotel scene, although awkward to look at, was pretty damn funny. But please for Borat 2, add some female nudity.

In the end, Borat was a rip roaring and hilarious fun time. I can see why so many people love it. I recommend renting it first and than buying. Highly recommended.